Enfleurage an Esoteric and Ancient Art

Enfleurage an Esoteric and Ancient Art

I work closely with the plants I use in my incense.  I love to harvest in a fragrant cloud of resins, leaves and flowers.  To become totally immersed and intoxicated by their fragrance.  While many of the ingredients I harvest stay relatively true to life when dried or stored, flowers do not.  I find most modern flower extractions like essential oils, CO2 and absolutes miss something in their scent profile when compare to the real flowers.  I have been experimenting many years now on how to best capture the breath of flowers.  I have found the greatest success by absorbing into the exhalations of still living flowers into ground resins.  It is a slow process that takes weeks, if not months or years, to obtain a well saturated resin.  This infusing the resin takes hundreds of hours of hand work and often thousands of flowers.  The more I research and experiment in the fragrant arts, the more I realize that I am doing nothing new. But by the time that writing developed, many of the ancient techniques for capturing fragrance were occulted by the priestly and business classes so we only have whispers of them today.  These techniques were developed when living very close to the raw materials and using them for both cooking and fragrance.  Techniques that are similar in both arts such as salting, fermenting and preserving in fat.  I have lived close to nature, decades without a refrigerator and use a wood stove for heating and cooking.  My way of life gives me a certain way of looking at things that is close to ancient fragrance makers. As in all arts, the discoveries are in the process. 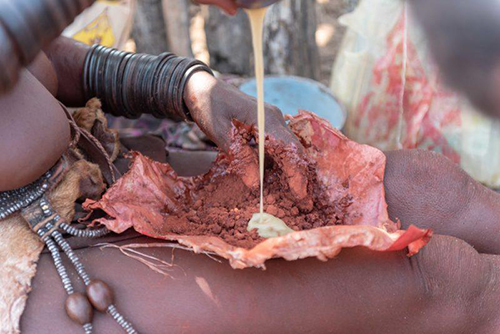 I believe the art of capturing fragrance to use in incense and perfume is very, very old.  The" Sen" Bushmen tribe in Africa are the oldest living race.  They have traditions going back 60,000-80,000 years.  Their full tribal name translates literally as "the people who use aromatic bushes to anoint their bodies".  They make solid perfumes using animal fat mixed with powdered herbs.  Still today, all though out Africa, there are  traditional tribal techniques for capturing fragrance.  Just like in ancient times,  recipes and processes are often carefully guarded, family secrets.  One such process involves placing myrrh resin in the bottom of a container made from a cow horn to which fat and natural pigments are added.  The fragrance of the myrrh permeates the fat and the pigment which is then rubbed on the skin as both fragrance, decoration and protection from insects and the elements. 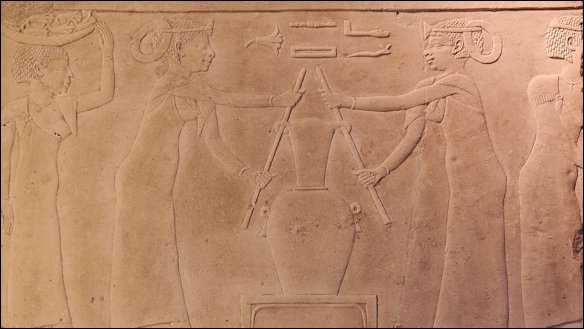 The process that I use to capture the breath of life flowers in resin can be considered enfleurage.  Enfleurage is a French word from "enfleurer" which means "to saturate with the perfume from flowers".  The world came into use in the 19th century when there was an industry in Grasse, French set up to capture the fragrance of flowers in fat.  Flowers were put in glassed frames with a thin layer of purified fat.  The fat soaked up the flowers' breath.  It requires at least 30 charges of flowers to make a strong enfleurage.  The fragrant fat was beaten with alcohol in large tubs to transferred the flower scent from the fat to alcohol.  The fragrant alcohol was used in perfume.  Unfortunately, The enfleurage industry is now greatly reduced because of the high cost of production. 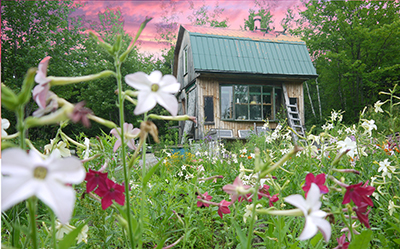 The most important element in an enfleurage is the access to fresh flowers for at least a month.  The next most important aspect is to determine the peak period for the flowers fragrance; whether the flowers are night bloomers like lilies, day bloomers like lilacs or like tuberose, best to picked when the buds are nearly open and let the flowers bloom during the enfluerage process.  Just like crafting an incense blend, the choice of the material to enfleurage into is part of the artistic process.  When I first started to enfleurage I chose resins that were too fragrant in and of themselves like high quality frankincense and benzoin.   The resins ended up competing with the flowers' fragrance.  Now I prefer subtly scented or scentless resin that help make the perfume of the flowers shine like Dammar, Larch or Bushman's Candle.  I grind the resin in order to create as large surface area as possible to receive the flowers fragrance and then spread the ground resin very thinly on the bottom of a ceramic, pie dish.  After which, I wait for the sun to set. 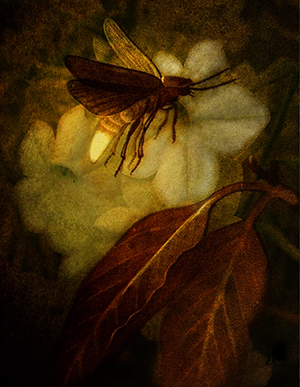 The gathering and slow processing of the flowers at night has become one of my favorite summer rituals.  To open the ritual, I make an offering of tobacco to the nature spirits and play a little music on my flute for them.  In the perfumed darkness, I've witness the cycle of the Moon,  been surrounded by clouds of blinking fireflies, herd the whoosh of bats wings, watched the slugs' circular fertility dance and at times, frolicked sky clad through the rows. When I return inside my cabin with my basket filled I carefully remove, one by one, the spent flowers from the resin's plate and replace them with the living flowers, face down, so they exhale right onto the resin.  It is, by necessity, a meditative exercise.  I arrange some wax paper loosely over the plate and store it safely away.  I repeat this process nightly, as I often have more than one type of flower enfleuraging and I rotate their collection.  I mark the season and the course of the moon by the bloom cycles of the flowers.  As the warm weather ends and the chill begins, some flowers put out a burst of blooms.  Then, the hard frost hits.  I shake out the resin from the faded flowers of the last resin enfleurage.  I scoop the now saturated resin, now smelling as if I had my nose right inside a living flower, into a tightly sealed jar.  Captured, like a sleeping genii in a bottle.  To be awoken whenever my heart needs healing or I want to dance with the fireflies. 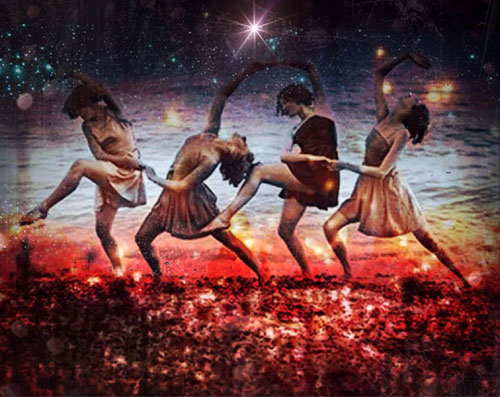