Incense in Art and Poetry

“The vital role played by smoke in ancient magic and religion is little comprehended by modern students of the occult. Ancient man seems to have taken for granted the existence of an animus or indwelling soul in every object and he believed the same of the food he offered his gods. An ever-expanding demand for incenses helped to open up trade routes between widely differing cultures, all of which made their contribution to the growth and development of ancient civilizations. At night the smoke of a multitude of exciting aromatics arose in intoxicating clouds in the temples of the ancient priesthoods."

- The Magic of Perfume 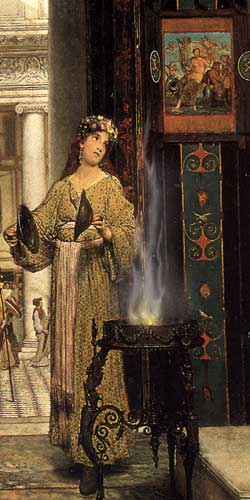 "In a world sayable and lush, where marvels offer themselves readily for verbal dissection, smells are often right on the tip of our tongues - but no closer - and gives them a kind of magical distance, a mystery, a power without a name, a sacredness.”

“Nothing is more memorable than a smell”

- From “A Natural History of the Senses” by Diane Ackerman

"I sit at peace-burning an incense seal,
Which fills the room with the scent of pine and cedar
When all the burning stops, a clear image is seen,
Of the green moss upon the peigraph's carved words."

"Along the perimeter, in a spiral, in a circle,
Burning evenly, Burning smoothly,
Making the paths closer still,
Bending in and out, finally unfolding.
Moving in accord with heaven's design,
As duplicated by human artiface,
To reveal the heart's flower
As if from within a cloud.

"All that is sweet, delightful, and amiable in this world, in the serenity of the air, the fineness of seasons, the joy of light, the melody of sounds, the beauty of colors, the fragrancy of smells, the splendor of precious stones, is nothing else but Heaven breaking through the veil of this world, manifesting itself in such a degree and darting forth in such variety so much of its own nature."


“The sense of smell is the most perfectly connected sense to the deep recesses of our elusive sub-conscious self. Subtle aromas can awaken within us long forgotten memories or even open hidden passageways back to the hidden self. Therefore, the proper use of incense is an invaluable tool in any form of meditation or healing.” 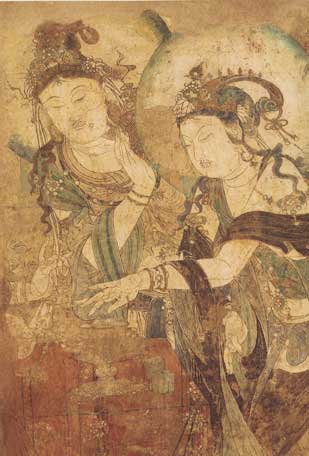 Smell is the only sense that proceeds directly to the limbic system without communicating with the neocortex. Smell is not censored. We are able to enter into an intimate relationship, untainted by words and ideas, with another entity through smell. Our emotions likely evolved from our sense of smell. First there was smell then there were emotions. Emotions arise out of smell better than any other sense. The reason for this is at least partly because smell is registered uncensored, and also because smell triggers learning as has been proven in experiments. The act of giving flowers, perfume, incense, or some other scented entity is an act of giving memory.

What does this tell us? Smell is our best bridge to the primitive world, the wild. The aromatic plants that we cultivate allow us access to the wild as our other senses had access to the wild before the Word. As we have more and more abstracted Nature into a mental construct called a phonetic language, we have tamed nature and lost our intimacy with Nature. Fortunately, we have not been able to tame our sense of smell.

From what we have spoken of, it is apparent that scent has the ability to manipulate the mind. This was recognized by bans of perfumes and incense periodically from ancient times up until at least 1770 (see JACOBSON'S ORGAN, by Lyall Watson). The herbs and resins we have chosen to burn for incense today that were first burned on ancient altars appear not to have been chosen randomly. They appear ratherto have been chosen for their ability to create an ecstatic feeling, and it is reasonable to discover that they resemble human hormones in chemical composition, which they do indeed! Sex and religion fertilize each other through incense.

Why was incense so pervasive in ancient times? The ancients believed incense provided access to the gods. "Listening to incense" allows direct access to our primitive brain, allowing us to get outside ourselves. That was the only way to contact the gods.

We long for intimacy. Why, because our evolving culture and language deny us intimacy with each other and with Nature in general. This lack of intimacy has created sickness amongst us. True healing depends on our ability to bridge our isolation and meaningfully connect to the Universe. Incense allows us a simple way to facilitate the magic of plants. Incense helps us to get out of ourselves and enter into an ecstatic relationship with the universe.


‘And so he would now study perfumes, and the secrets of their manufacture, distilling heavily-scented oils, and burning odorous gums from the East. He saw that there was no mood of the mind that had not its counterpart in the sensuous life, and set himself to discover their true relations, wondering what there was in frankincense that made one mystical, and in ambergris that stirred one’s passions, and in violets that woke the memory of dead romances, and in musk that troubled the brain, and in champak that stained the imagination; and seeking often to elaborate a real psychology of perfumes, and to estimate the several influences of sweet-smelling roots, and scented pollen-laden flower, of aromatic balms, and of dark and fragrant woods, of spikenard that sickens , of hovenia that makes men mad, and of aloes that are said to be able to expel melancholy from the soul’. 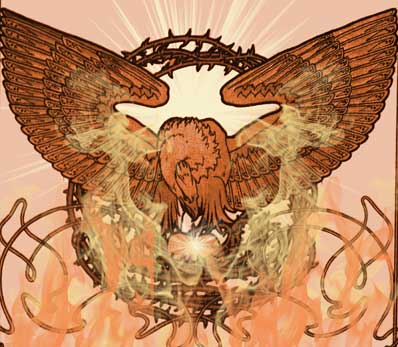 "Most beings spring from other individuals; but there is a certain kind which reproduces itself. The Assyrians call it the Phoenix. It does not live on fruit or flowers, but on frankincense and odoriferous gums. When it has lived five hundred years, it builds itself a nest in the branches of an oak, or on the top of a palm tree. In this it collects cinnamon, and spikenard, and myrrh, and of these 'materials builds a pile on which it deposits itself, and dying, breathes out its last breath amidst odours. From the body of the parent bird, a young Phoenix issues forth, destined to live as long a life as its predecessor. When this has grown up and gained sufficient strength, it lifts its nest from the tree (its own cradle and its parent's sepulchre), and carries it to the city of Heliopolis in Egypt, and deposits it in the temple of the Sun." 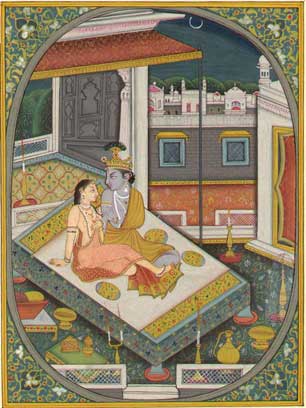 "I have perfumed my bed with myrrh, aloes, and cinnamon. Come, let us take our fill of love until the morning; let us solace ourselves with loves."

"What is this, coming up from the desert?
Like a column of smoke,
Laden with myrrh, with frankincense
And with the perfume of every exotic dust?
Your are the garden that puts forth
Pomegranates, With all choice fruits;
Spikenard and saffron, calamus and Cinnamon,
Myrrh and aloes with all the fine spices.
You aregarden fountain, a well of water,
Flowing fresh from Lebanon.
Arise, north wind! Come, south wind!
Blow upon my garden,
That its perfume may spread abroad.

It is always the scent that draws me
that lingers in memory not sight
Agarden , a fountain of spices
I return to you night after night... 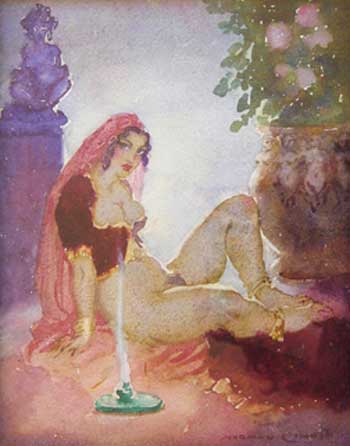 “ Why do floral smells excite us , well, flowers have a robust and energetic sex-life: a flower's frafrance declares to the world that it is fertile, available, and desirable, its sex organs oozing with nectar”

- A Natural History of the Senses” by Diane Ackerman

"A puff of wind, a puff faint and tepid and laden with strange odours of blossoms, of aromatic wood, comes out the still night—the first sigh of the East on my face. That I can never forget. It was impalpable and enslaving, like a charm, like a whispered promise of mysterious delight.... “ 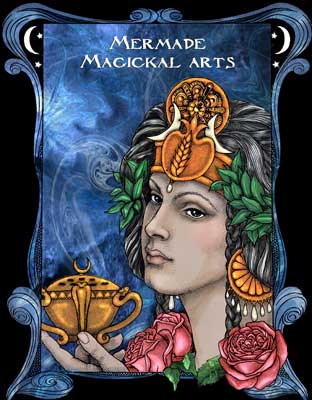 Thank you for taking the time to read this article. We hope that you keep in touch with us as you continue along the incense path and share your discoveries and experiences . All your feedback is appreciated!